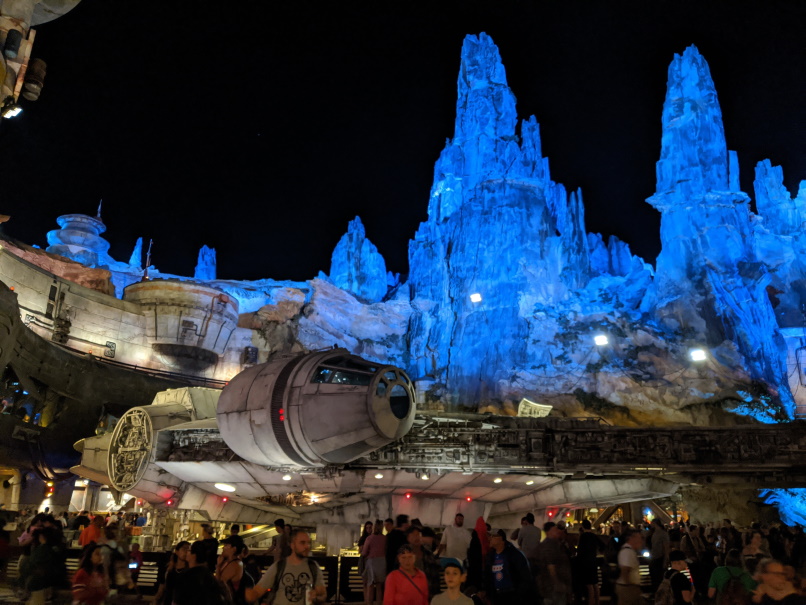 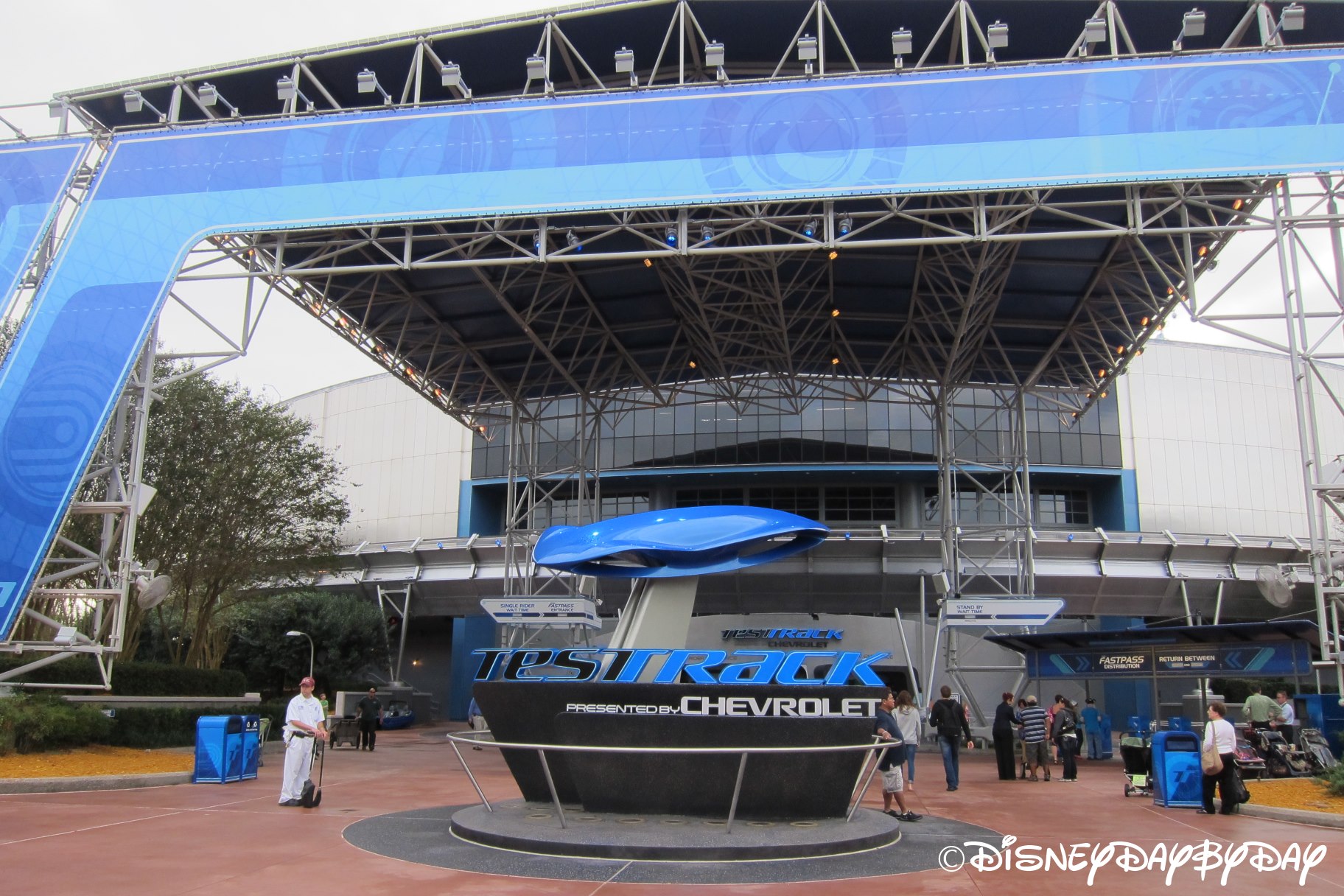 This week I will be going with Walt Disney World’s Second Park – Epcot…..

My favorite trill ride at Epcot is currently Test Track.   Not only do you get to design your next vehicle, but you get to test drive it on the sim track at speed of up to 65 mph on a track that circles the outside of the building.    Yes, it’s a lot of fun.   What’s your favorite Epcot trill ride????

Our son asked for vinyl for Christmas this year… yes vinyl is making its way back – and now you have a chance to win a copy of DCappella Rockin’ Holiday just use the entry above and be sure to check out the details of this amazing vinyl below…….

Known for their reimagined classics from the Disney songbook and beyond, the seven dynamic voices that make up DCappella are Sojourner Brown (Alto), Orlando Dixon (Baritone), Antonio Fernandez (Vocal Percussion), Morgan Keene (Soprano), Kalen Kelly (Mezzo), Joe Santoni (Bass)],  and RJ Woessner (Tenor). DCappella represents a first for Disney,  who launched the brand’s flagship a cappella experience in 2018 with a TV debut on “American Idol”  during  Disney  Night, where  the  group  performed  classics  from  “The  Little  Mermaid,” “Beauty and the Beast,” “The Lion King,” and “Aladdin.” That same week, they graced one of Hollywood’s most hallowed stages to open Disney’s Beauty and the Beast Live in Concert at the Hollywood Bowl. Since then, DCappella has recorded four songs on the digital version of the Incredibles 2 original motion picture soundtrack and hit 40 US markets during their first North American Tour including Nashville, Brooklyn, Philadelphia, Chicago, and the Los Angeles area. The tour featured a contemporary production of Disney classics and modern hits, bringing to life a truly unique a cappella experience. Most recently, DCappella wrapped their first international tour of Japan this summer to sold out audiences. Additionally, the group performed in front of three standing room only crowds to close out November’s Annual Food & Wine Festival at Walt Disney World’s EPCOT. 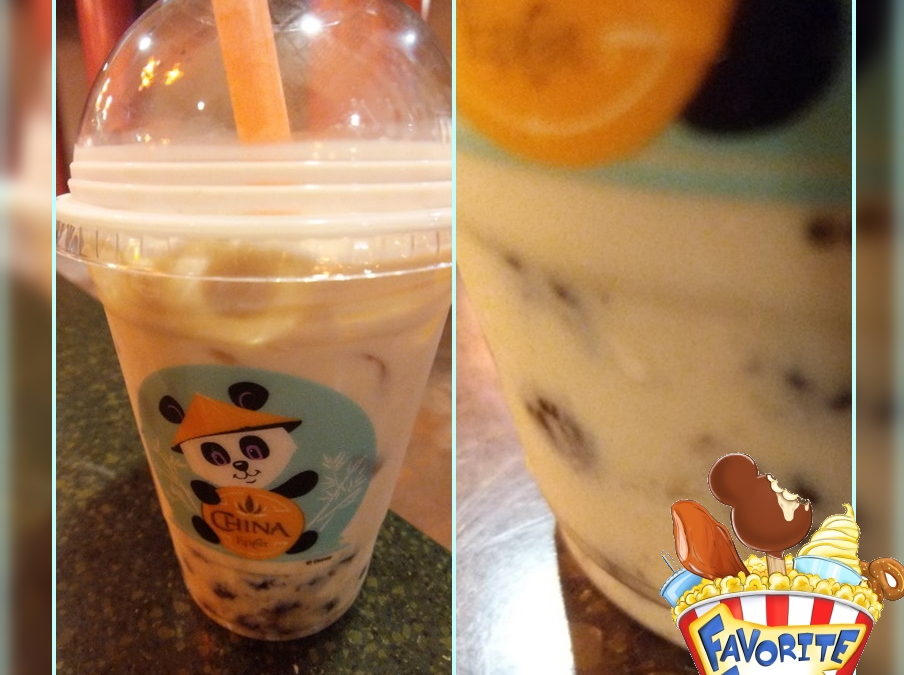 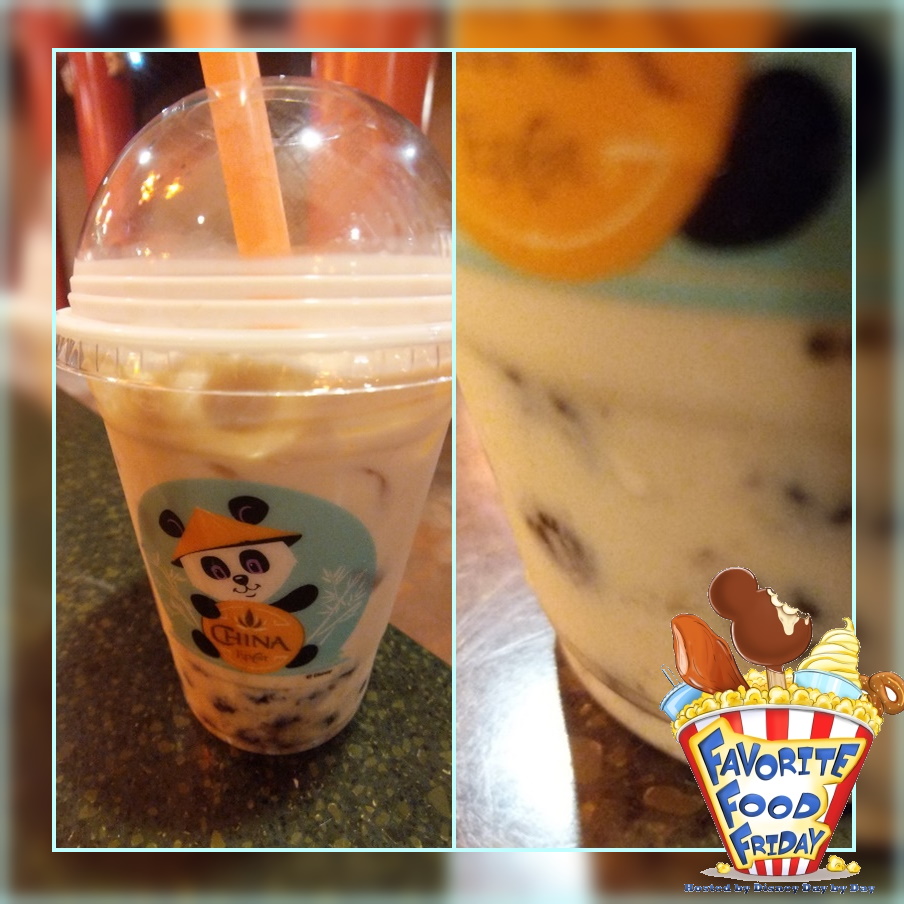 Welcome to Favorite Food Friday where we share our favorite foods.    We continue around the World Showcase at the Food and Wine Festival and stopped by China to try this interesting drink.   I will say this is interesting and not so much my favorite :).    As with all bubble style teas the “Bubbles” are towards the bottom and the straw you are given is large enough for them to come through.    Normally the bubble burst and offer flavor, but for some reason these bubbles didn’t easily burst and you had to chew them to release the flavor.    The flavor of the tea mixed with milk was really good, but i just wasn’t a huge fan of the chewy bubbles.    What’s your favorite beverage at the festival this year?   I need to try something new…… 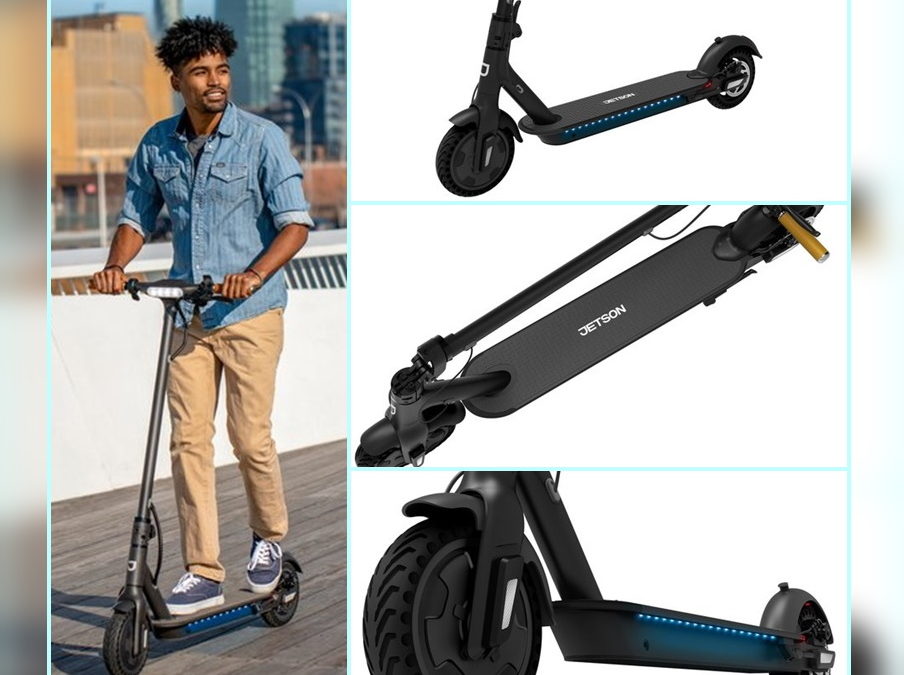 Living close to a college campus, we see all modes of transportation.   But one stands out above them all as small, lightweight, efficient, and most important fun is the electric scooter.   As a college student, I was always running late, the Jetson Quest Electric Scooter allows you to zip past traffic and get to class on time.   No more excuses…..The 250W hub motor lets you travel up to 18 miles at 15mph, while the bright LED headlight and deck lights support nighttime travel. Use the easy-fold system to conveniently stow away this Jetson Quest electric scooter in your car’s trunk or underneath a desk during class.

Not a college student?   That shouldn’t stop you from having some fun, look at all the great features of this scooter – here are just few that we like, find out more by visiting Best Buy. 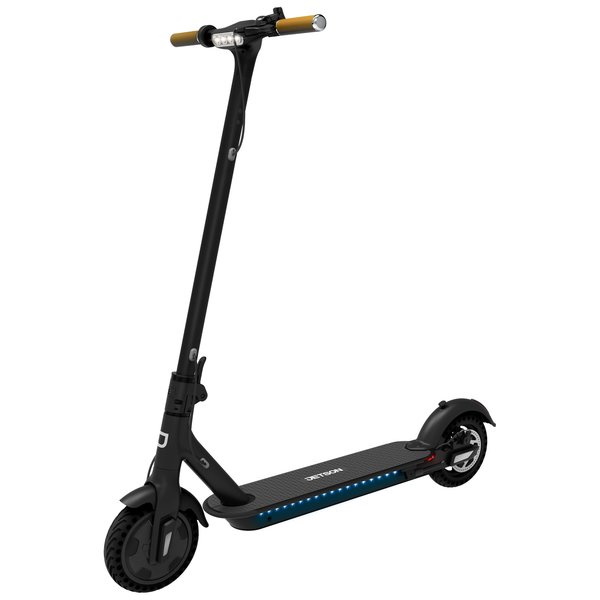 Shop this and more electric scooters plus electric bikes and boards at Best Buy. 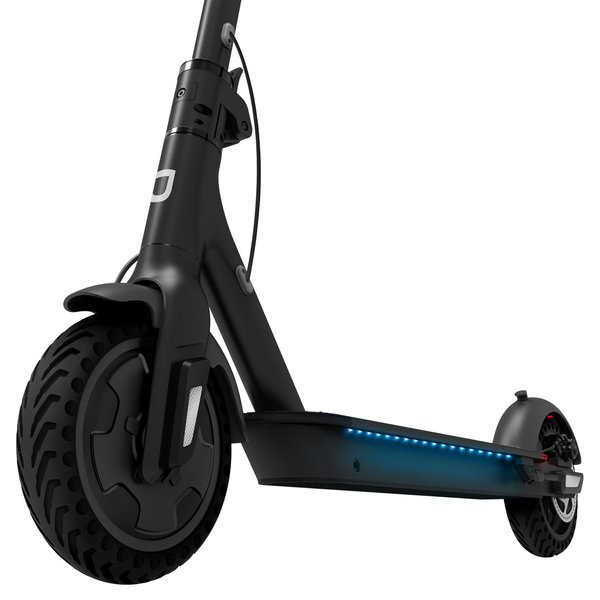 The purchaser and rider of this product are responsible for knowing and obeying all state and local regulations regarding the use of this product. It is highly encouraged that you read and follow the product instructions including all safety precautions and use protective gear. Protective gear can be found at  http://www.bestbuy.com/protectivegear. 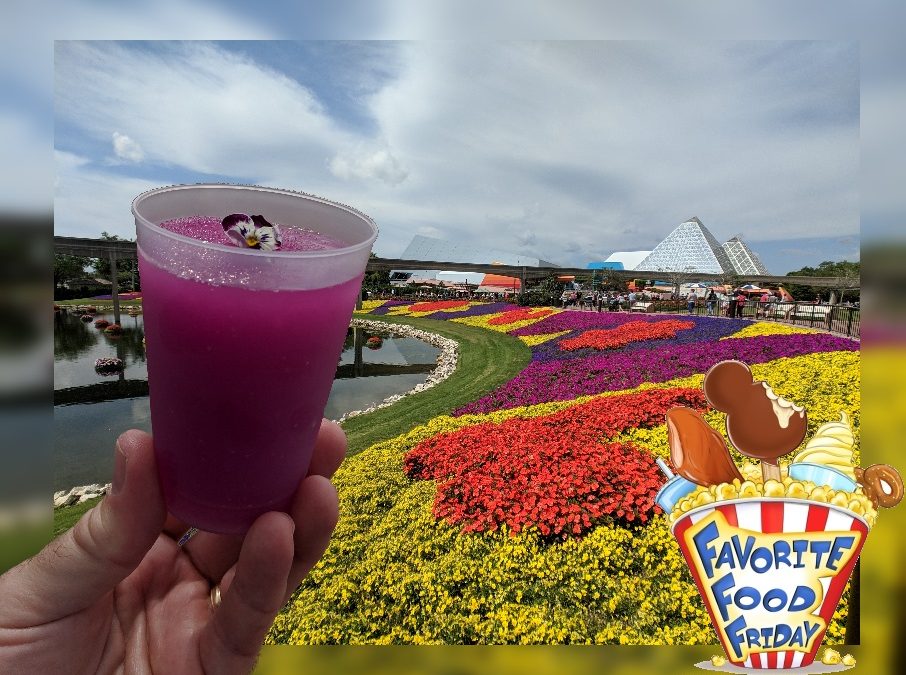 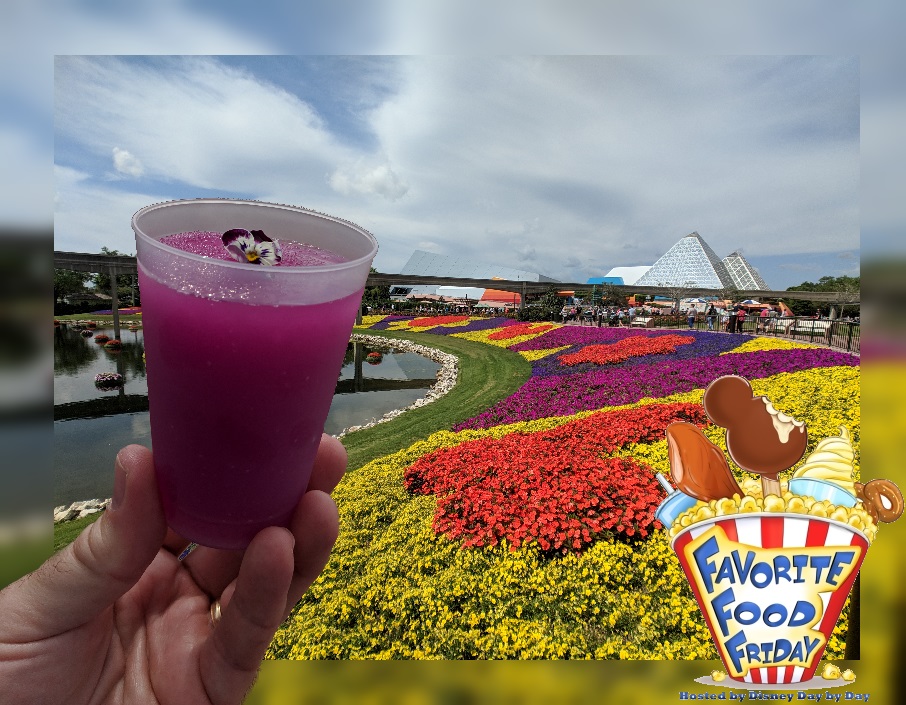 Welcome to Favorite Food Friday where we share our favorite foods.    This past week we spent a day at Epoct enjoying the beautiful Flower and Garden Festival.   As with each year of this Festival, we look forward to the flower arrangements, we also can’t wait to get another Frozen Violet Lemonade.    This frozen drink is sweet, delicious, and an excellent way to cool off in the spring Florida sun.    This has always been one of our favorite items at the Flower and Garden booths, so we are glad it’s back again this year.    It’s so good, even the Undercover Tourist has a recipe you can try at home if you can’t make it to the parks.   Stay tuned over the next couple weeks as we share more of our Flower and Garden treats.    If you have a favorite this year let us know……