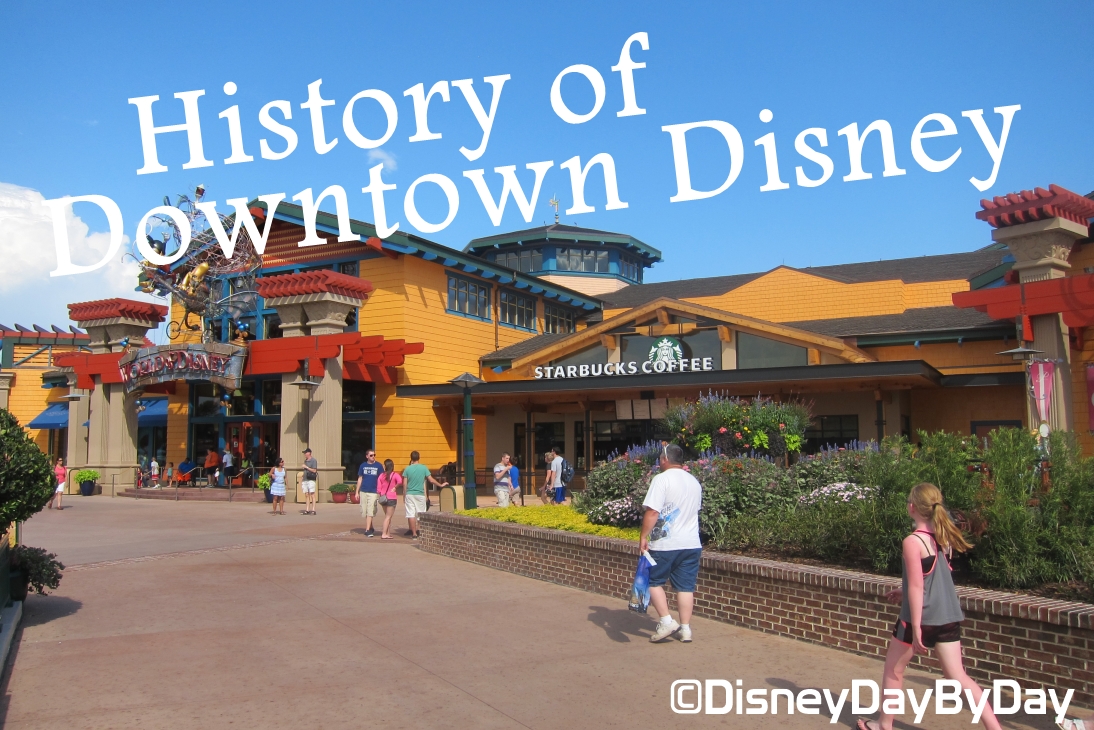 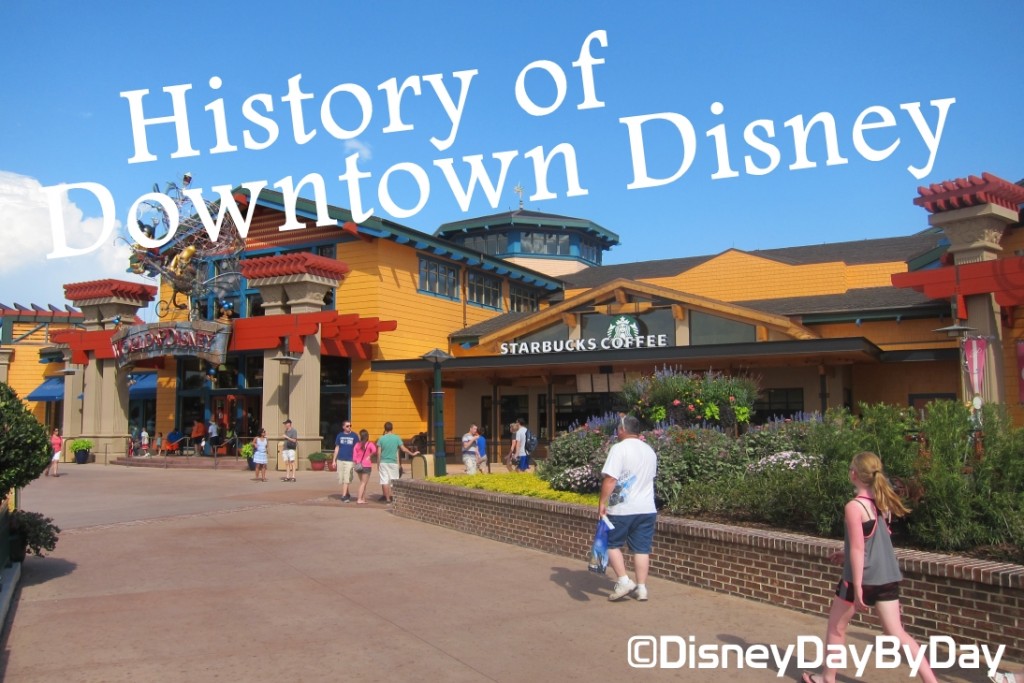 Lake Buena Vista Shopping Village opened in 1975 and was originally planned to be the shopping area for the residents of the planned homes that would be built on the Walt Disney World Property. The shopping area opened with the following stores and restaurants:

As the hotels overtook the homes on the Disney Property the shopping complex also adapted to focus more on becoming a shopping destination for everyone visiting the Disney property. In the late 70’s and early 80’s vacation packages would include a meal voucher and credit to use in the shops as they tried to draw people to the area. The area was renamed to Walt Disney World Village in 1977.
To add more nightlife to the area Pleasure Island area was added in 1989 and another name change to Disney Village Marketplace. In the late 90’s many new items were added to west side including Cirque du Solei, DisneyQuest, and Tower Records. The Mickey’s Character shop was expanded and renamed the World of Disney making it the largest Disney Store. After these changes the area became known as Downtown Disney. 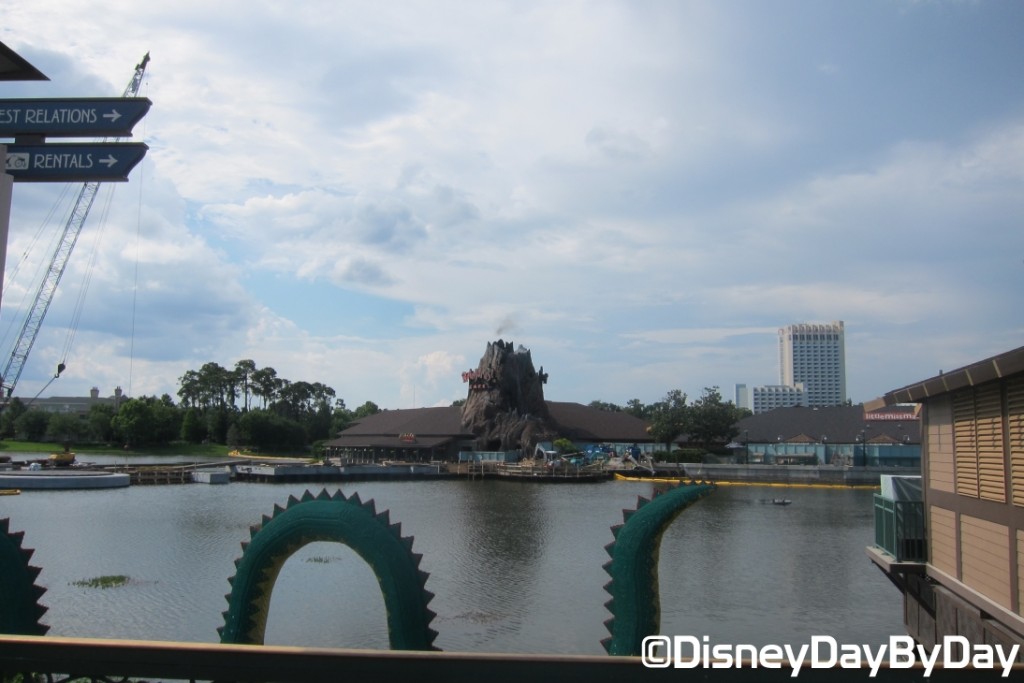 Most recently in the spring of 2013 Disney announced the revitalization of the area into Disney Springs. The area will become an entertainment, dining, and retail district resembling Florida’s waterfront towns. The expansion will include a welcome addition of new parking garages and 150 new tenants. Construction began in April 2013 and will be completed in 2016.

Our post this week is part of the Fastpass to History Blog Hop with Frontierland Station.