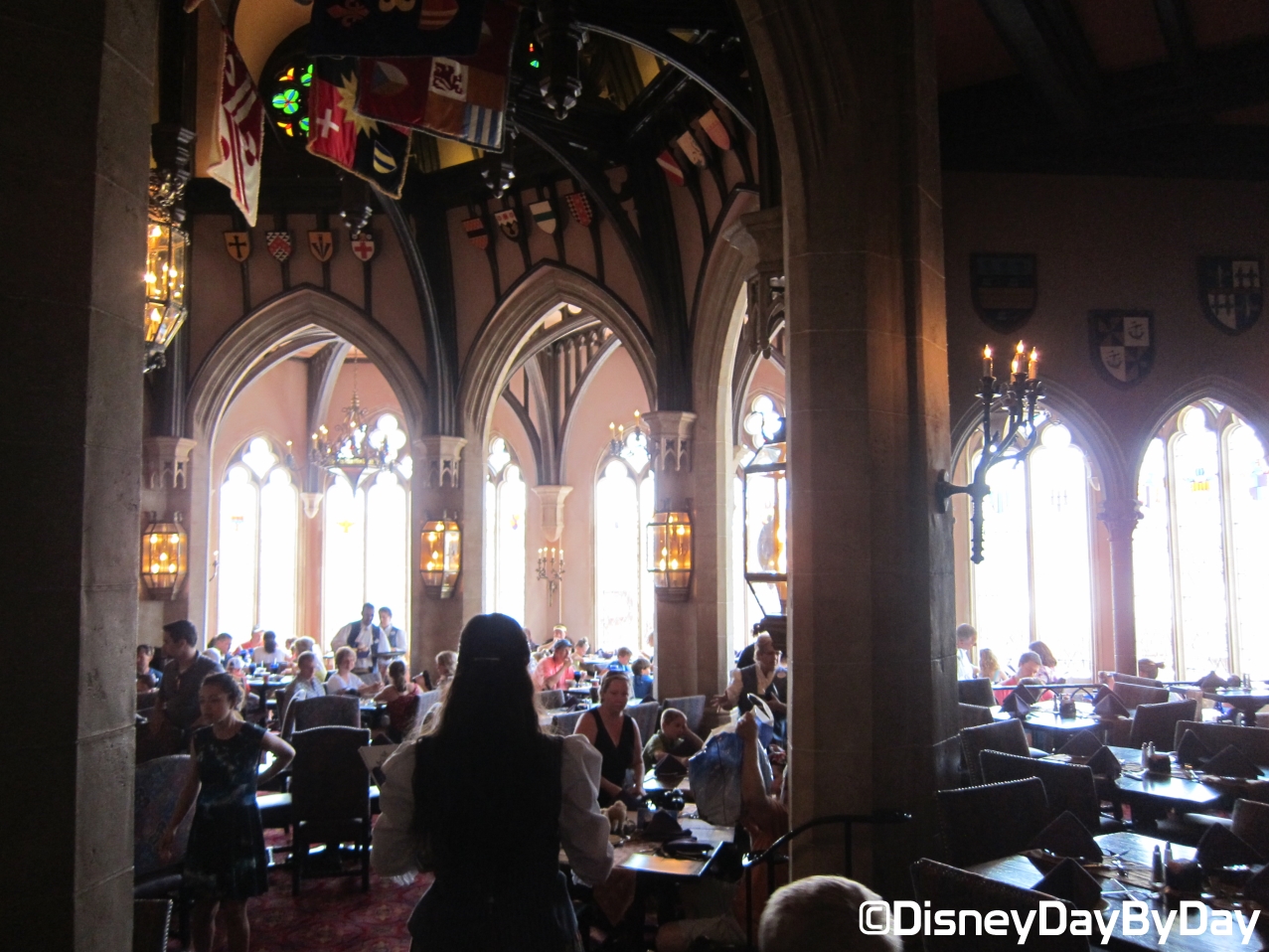 Opening day at Walt Disney World featured a restaurant in Cinderella’s Castle called King Stefan’s Banquet Hall.   Yes, I know, what is King Stefan doing in Cinderella’s castle?   Many had the same question for many years.   Disney Imagineers wanted to give the restaurant a regal name and at the time there was no well known characters from Cinderella, so they chose King Stefan, Sleeping Beauty’s Father. 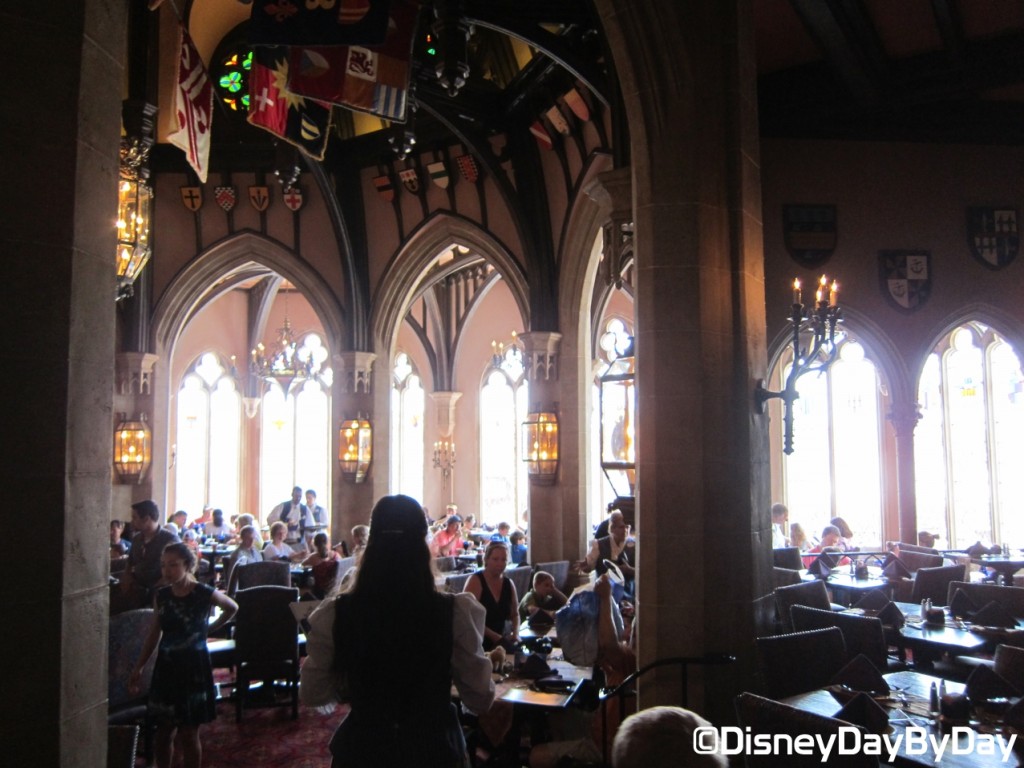 In April of 1997 the restaurant was finally renamed Cinderella’s Royal Table, where young guests are welcomed as princes and princesses and the adults as lords and ladies.   All three meals are available at Cinderella’s Royal Table.   Breakfast is a character breakfast called “Once Upon a Time”.   For all meals you get to meet Cinderella as you wait for your table and her friends while you dine.   A picture is taken with Cinderella which is included with your meal and brought to the table as you dine.