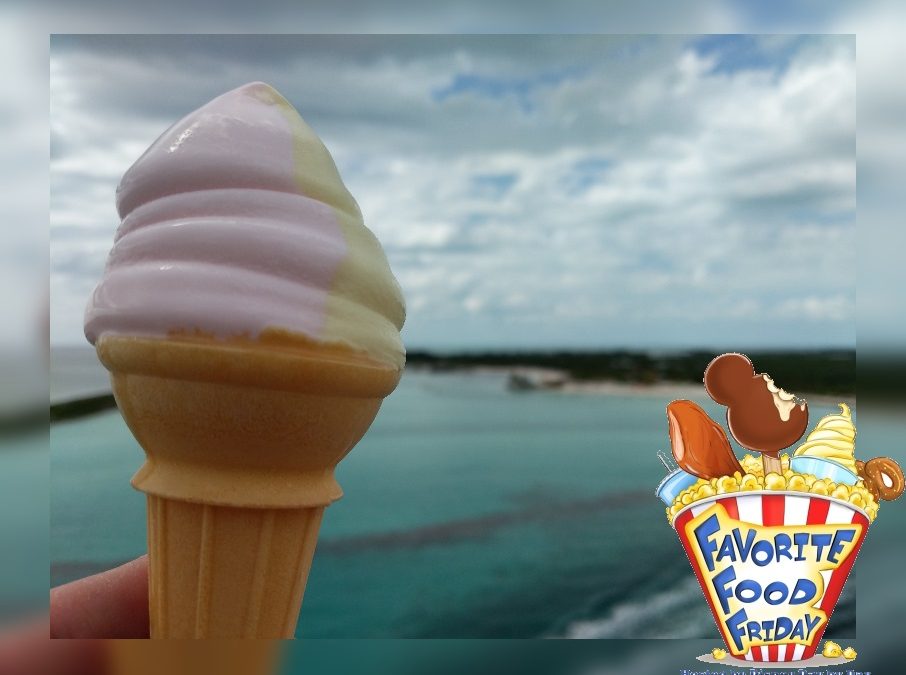 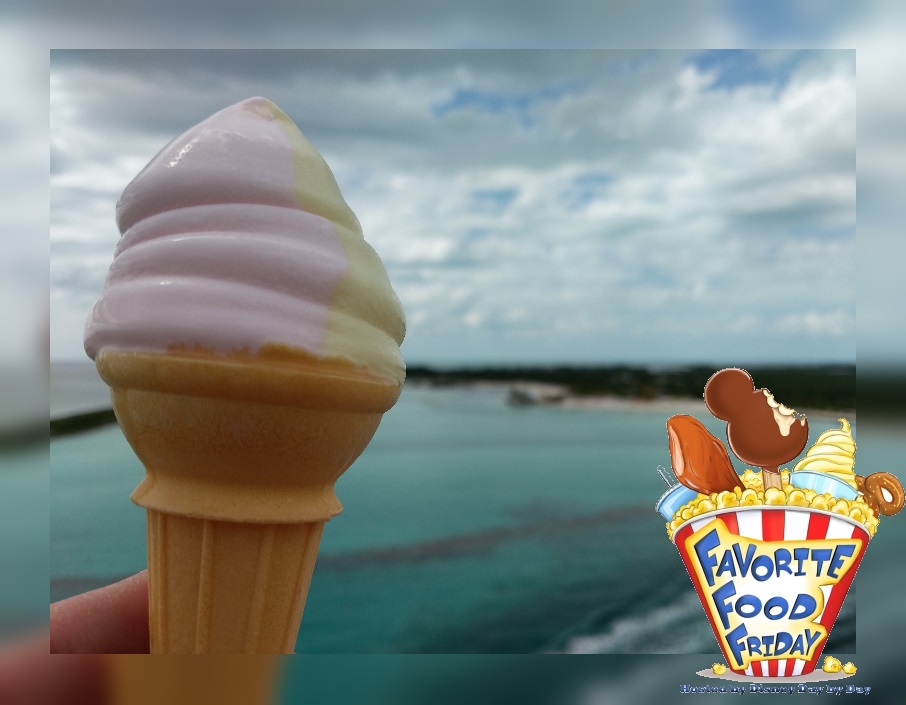 Welcome to Favorite Food Friday where we share our favorite foods.    We have been back from our cruise for a week now and how I miss just walking up to deck 11 and grabbing a soft serve ice cream cone.    You all know how addicted I am to Ice Cream, so having these machines available whenever you want is like living a dream or a fantasy :).   Our week on the Fantasy was met with my son and I catching a bug on the boat, but we did our best to push through and do everything we had planned to do, and one of those things was visiting deck 11 for as much ice cream as we could take in.    For those who have not had a chance to experience a Disney Cruise, there is soft serve ice cream available for cones or cups – our cruise featured – vanilla, chocolate, twisted vanilla and chocolate, banana, strawberry, and twisted strawberry and banana.    As you can see from the pic, twisted strawberry and banana was a favorite of mine.   So let’s hear it, how many cones do you eat on a 7 day cruise???? 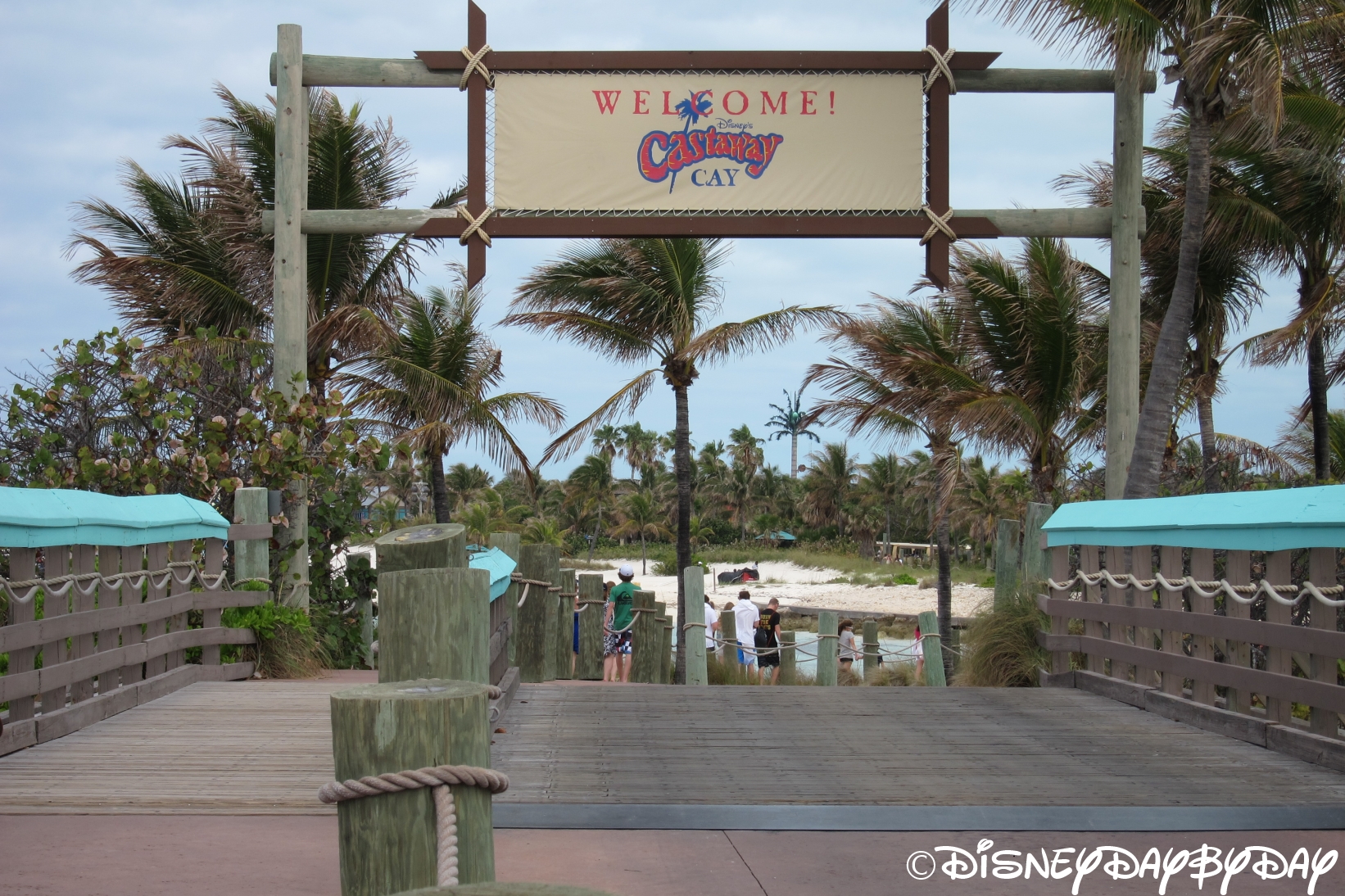 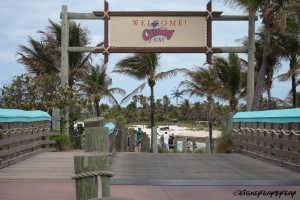 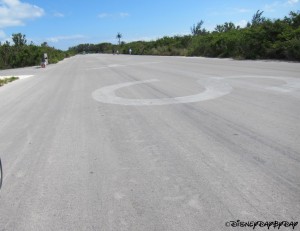 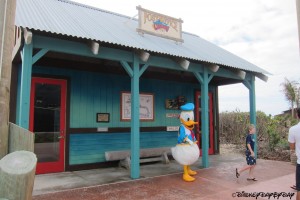