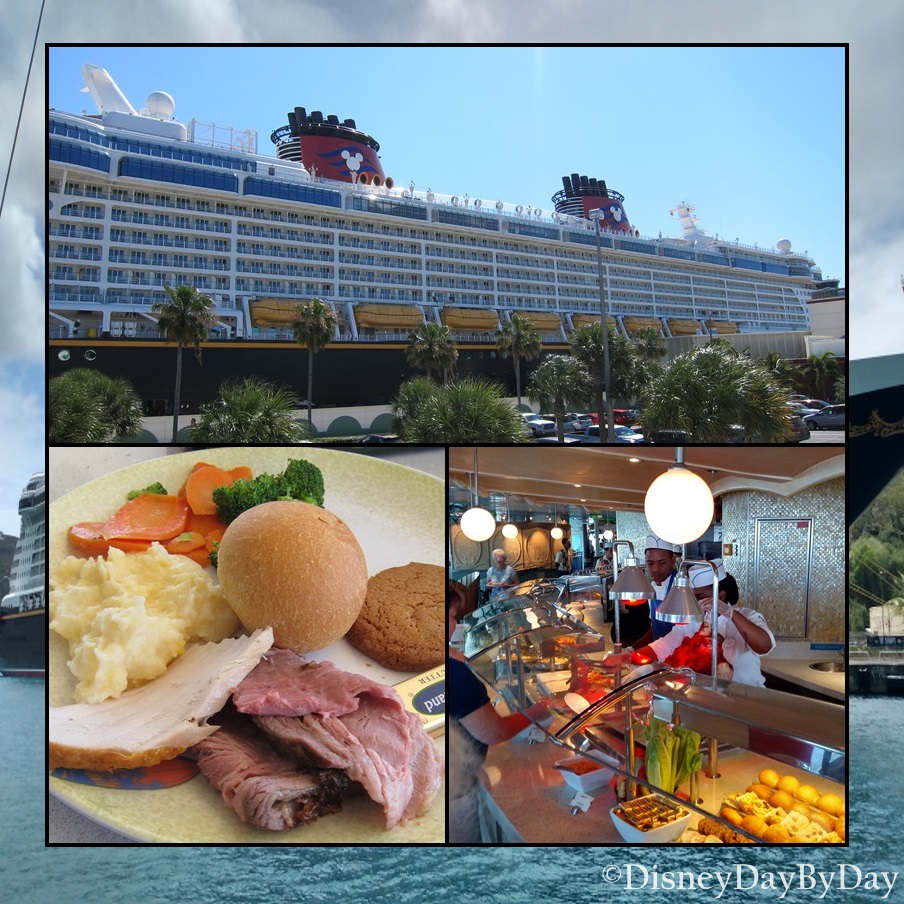 Welcome to this week’s Favorite Food Friday where we share our favorite foods with our friends.  Last week we were cruising on the Disney Fantasy , oh how hard it is to get back into the “regular things” in life after spending a week at sea.   Our son still expects – appetizer, soup, entree and dessert with each meal :).   We had an amazing time as always, and we will be sharing more with you in the coming weeks.   As we board the ship one of our first stops is always Cabanas.    Cabanas is located on Deck 11 Aft and stretches across the ship from port to starboard side.  Yes it’s huge, so much so that if you are meeting up with people it’s not enough to just say – “Meet at Cabanas”.   We always see people trying to find their families.    Cabanas offers a huge selection of different foods in buffet style, each side of the ship features a buffet with the same offerings.   In the middle of the two buffets at the very aft (back) of the ship you will find the custom omelet station in the morning and the meat carving station at lunch and dinner.    In our picture above you can see one of the buffets along with a plate of mashed potatoes, roll, steamed veggies, turkey, beef, and of course a cookie.  Yummmm   What’s your favorite buffet item or place to eat on a Disney Cruise? 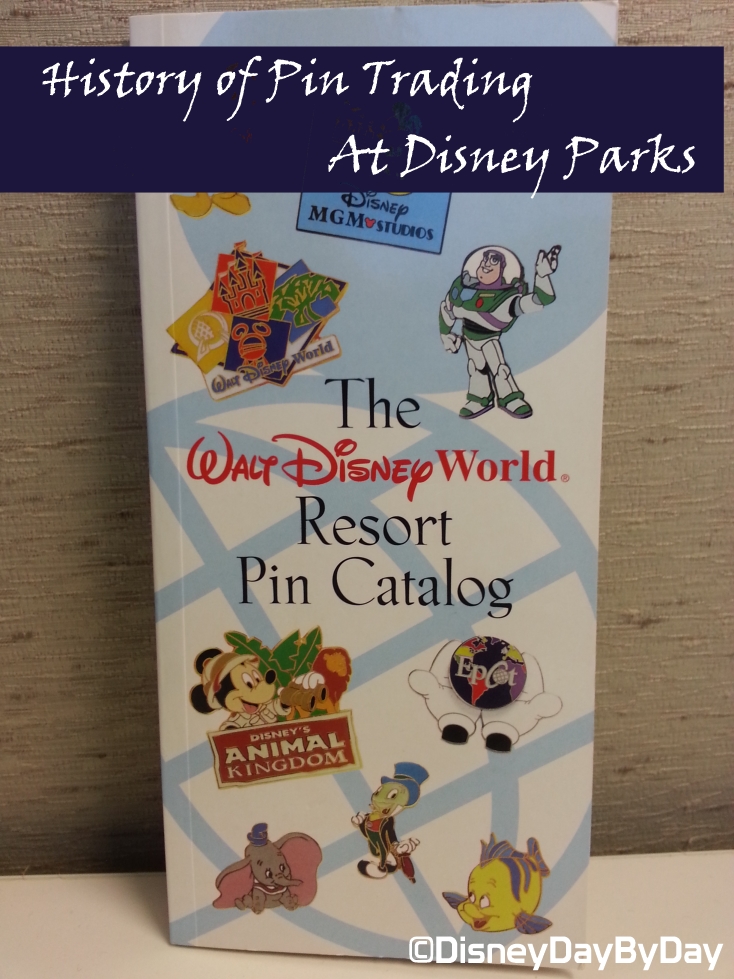 History of Pin Trading at Disney

As you stroll around the parks today pins are everywhere, there are entire shops devoted to pins and pin trading and most cast members are ready to trade their pins.   But, where did this come from, what started this pin trading craze? 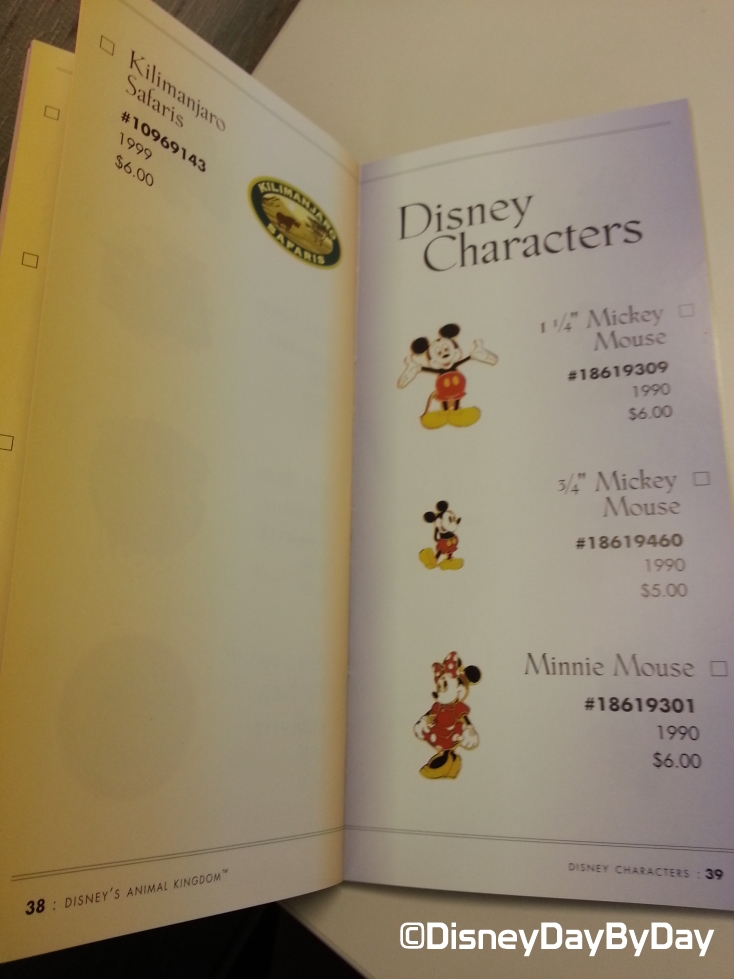 Pins have been sold at parks for many years, but it wasn’t until the 1999 Millennium Celebration that Pin Trading was introduced to Walt Disney World.   After its introduction pin trading quickly spread to Disneyland and all Disney Parks including the Disney Cruise Line.   During this introduction a book was published which highlighted the pins that were available (pictured above).   This book listed all 450 pins that were available along with their pin number, year introduced, and cost (most only $6 at the time).

During the introduction and the Millennium Celebration (Oct 1999 – Jan 2001) pins could be purchased, they were also given as gifts with other store purchases, or obtained by trading with cast members.   The “Pin of the Day” was given out with other purchases at select retail locations.   This definitely got the craze started.

If you weren’t interested in seeking out the pins you could join the Millennium Pin Club.   This club was limited to the first 2,000 people and cost $3,000 (around $4,250 in 2014 dollars).   Members of the club would receive a framed pin set each month for 15 months during the Millennium Celebration.   After joining you would also receive a free gift and signed certificate by Robert Silvers.   Robert Silvers was an artist that helped to design pins that when collected over the month would form a “photomosaic” effect showcasing an Epcot location.

Pin trading continues to grow and is a fun addition to many on their Disney vacation.   How many Disney Pins do you have in your collection?

Our post today is part of the FastPass to History Hop hosted by Frontierland Station and featuring other great Disney Bloggers – be sure to visit their posts below. 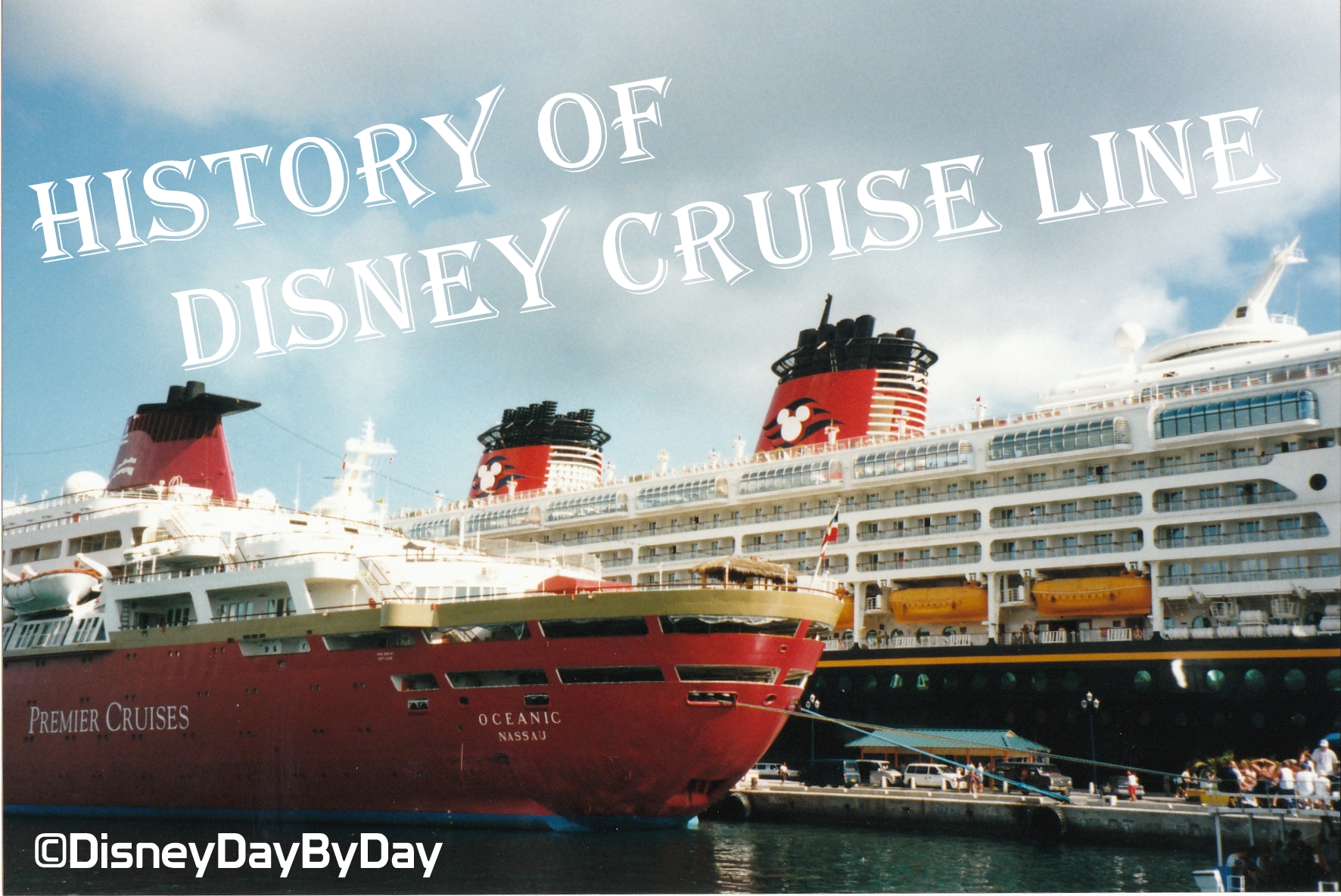 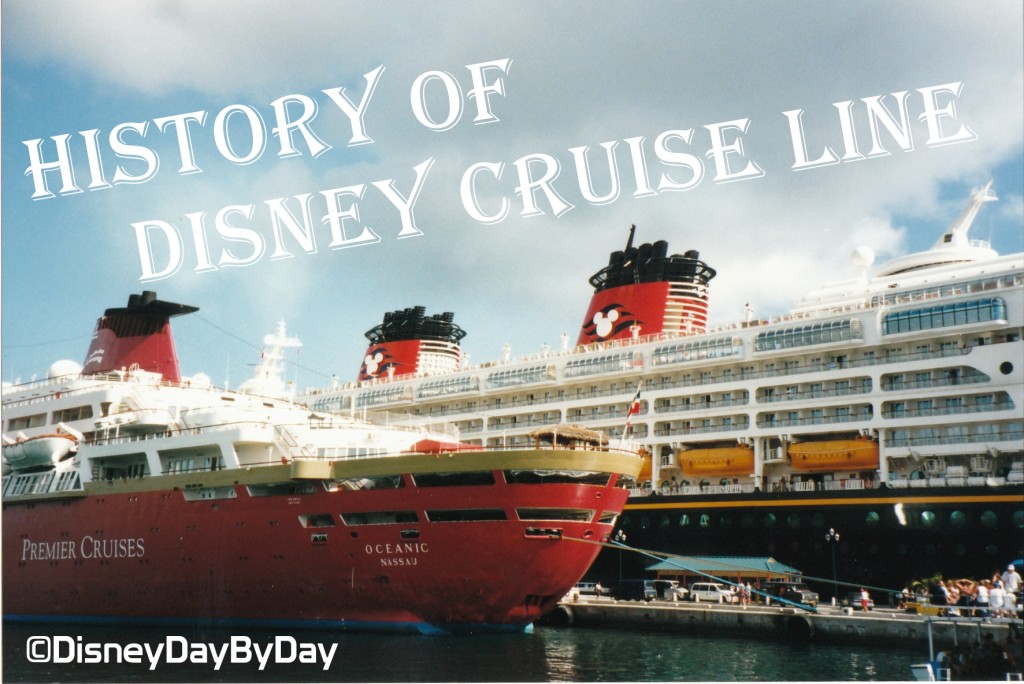 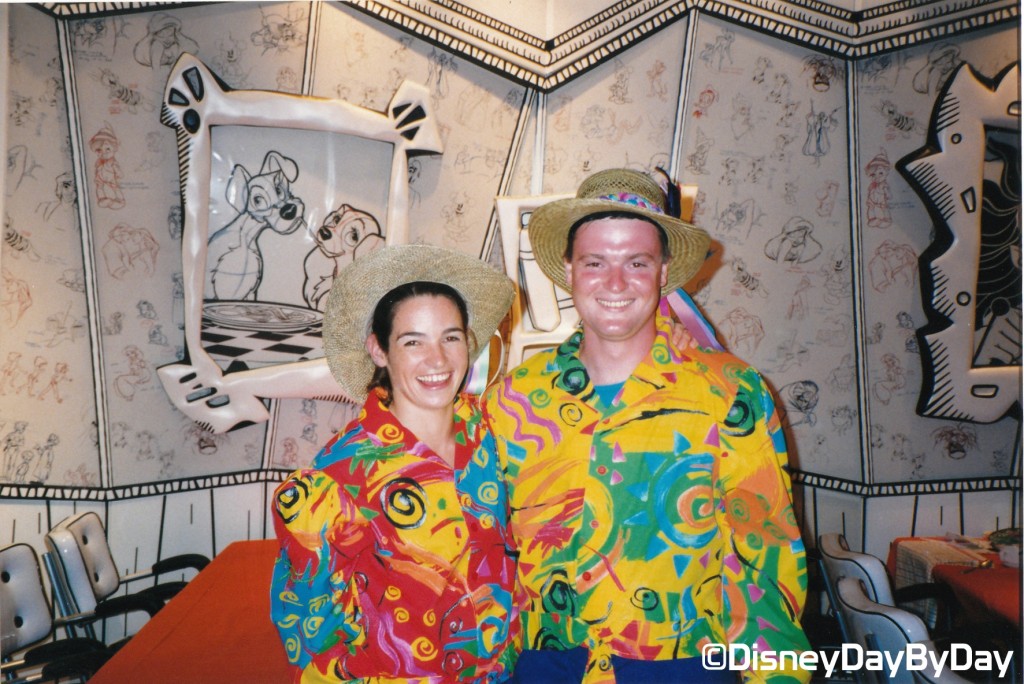 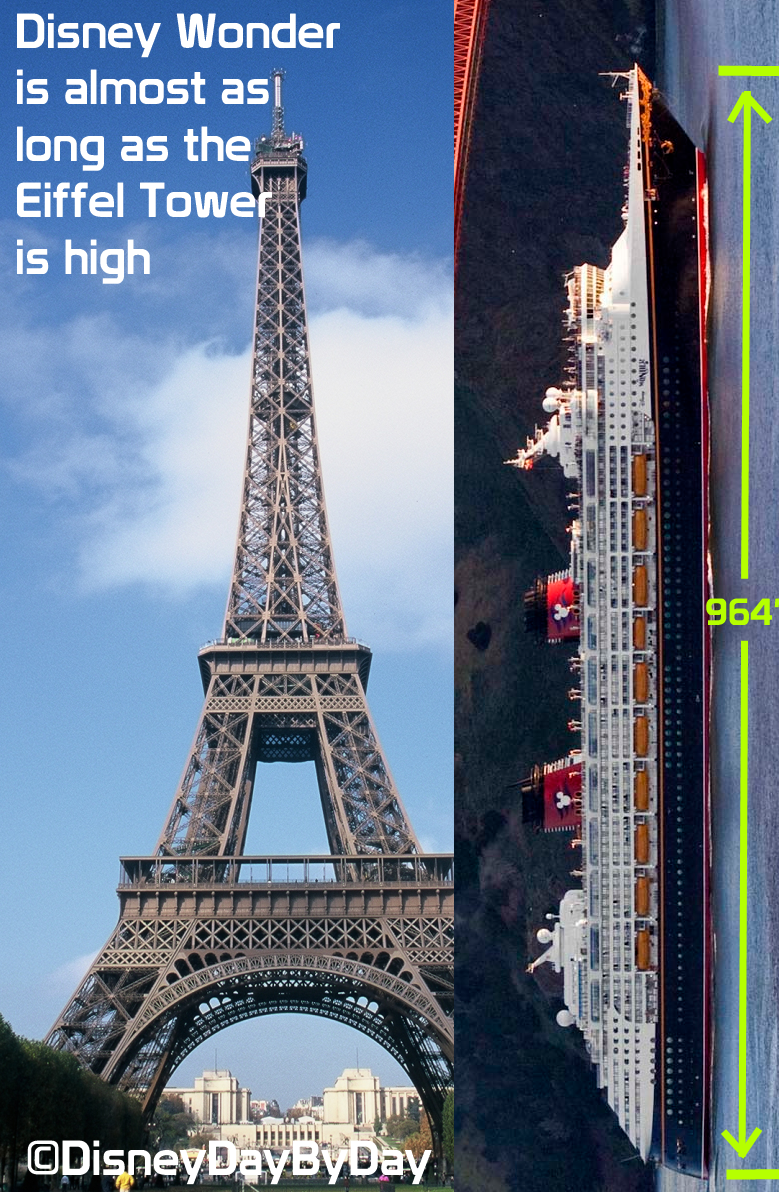 When Walt Disney World opened in 1971 Eastern Airlines was “The Official Airline of Walt Disney World”.   Eastern Airlines sponsored the first attraction I ever experienced at Disney, If You Had Wings.   In the days of ride tickets, this ride was free and didn’t require a ticket, thus I can’t even count how many times my sister, brother, and I experienced it.    If You Had Wings took you on trip to experience some of the travel destinations in the Caribbean serviced by Eastern Airlines.    It even included the infectious song that I’ve included below.

In the mid 80’s Eastern Airlines began to have troubles and dropped the sponsorship and lost the tagline as well.    Disney renamed the ride “If You Could Fly” and removed all the references to Eastern Airlines.

In 1989 “If You Could Fly” closed permanently and Disney gained a new sponsor, Delta.   With the sponsorship Delta became “The Official Airline of Walt Disney World” and updated the ride system to become Delta Dreamflight.   Dreamflight was the same ride system with new scenery and music.   Delta’s dropped their sponsorship and lost the use of the tagline in 1996.   This would also be the last company to use the tagline “The Official Airline of Walt Disney World”.

Disney reopened the attraction as Disney’s Take Flight, which only lasted a couple years before Buzz Lightyear’s Space Ranger Spin moved in.

So today there is no  “The Official Airline of Walt Disney World”, but there are a couple airlines that have some relationship.   One of these is WestJet in Canada.   We will be flying WestJet this summer as we head to Alaska on the Disney Cruise Line.   WestJet has one plane with an amazing Disney inspired paint job.   Check out the video below of the painting process and finished product.  What a magically beautiful plane, would be amazing to see someday.


What airline do you use when you travel to Disney?