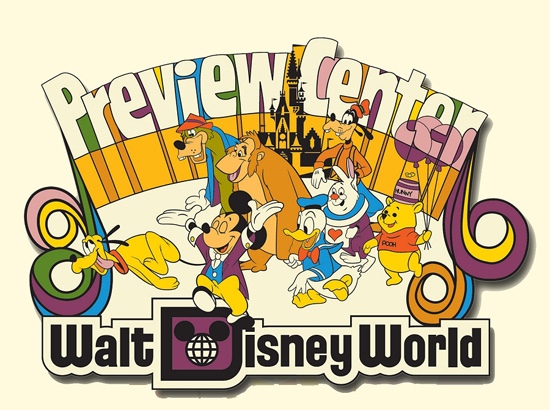 As the construction of Walt Disney World began there was not much in the area.   There was a single convenience store near the property that many travelers would end up stopping at and talking with the owner.   The owner loved to share information about Disney; although much of it was false and made up.   Disney got word of this and figured the best way to share updates with the inquiring public was to create a Preview Center.

The Walt Disney World Preview Center opened in early 1970 and was the first building on property to be open to the public.   The preview center contained many artists’ renderings along with updated aerial pictures of the construction.   The main attraction in the building was a theater which housed a film and a 625 square foot model of the park that would be illuminated as the film discussed different areas of the park.

The center had staff to answer any questions and also to take reservations for either of the hotels on Disney property, the Contemporary or the Polynesian.   The excitement for Disney could be seen in just the first three days of the preview center being open when it welcomed over 12,000 visitors.   The preview center would go on to host over one million guests in just the 18 months that it was open.

When Walt Disney World opened in 1971, the preview center was closed.   The people employed there were relocated to new jobs at the park.   The building has been used for many different things since then and is currently the headquarters for the Amateur Athletic Union.   The building does look the same from the outside, so if you want to take a look and drive in to the parking lot that met the first Disney World visitors then point your GPS to 1910 Hotel Plaza Blvd. Lake Buena Vista, FL 32830 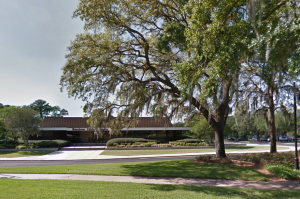 Below are a couple great videos that I found that show the welcome center and some of the footage that you would have seen in the preview center theater.