Did You Know Today’s TIGGERIFIC TUESDAY TRIVIA About The Pirates Of The Caribbean? 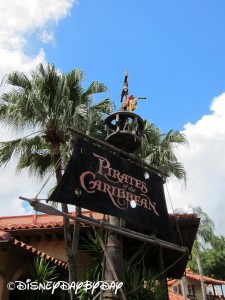 When Walt Disney World opened in 1971 it was missing one of the greatest attractions, Pirates of the Caribbean.   Why was this?   Well turns out the landlubbing Imagineers didn’t think that the Florida residents would take to a Caribbean attraction due to its proximity.   Needless to say the guests didn’t think the same and demanded it.

After it’s introduction in 1973 it quickly became one of the most popular attractions at the park.   But it was an E ticket t’ ride which cost 85 cents for adult and 75 cents per child, so start savin’ your nickels.