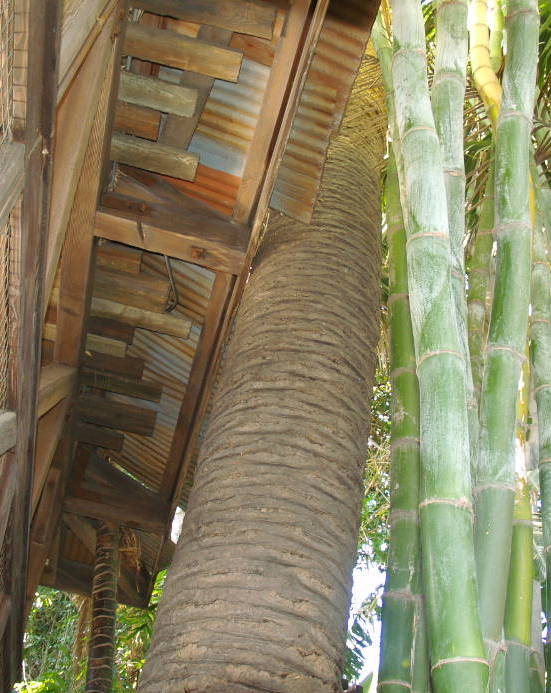 Did you know today’s Tiggerific Tuesday Trivia about the Oldest Tree at Disneyland?

As we have an upcoming vacation to Disneyland, I have been researching and looking over some of the unique things that we may want to see while we are there.   One thing I came across was the Dominguez tree.

The Dominguez family lived on 10 acres of land that Walt Disney was looking to purchase for Disneyland.   The family had a tree on the property that was near and dear to their heart, a Canary Island Date Palm.   This tree was planted in 1896 as a wedding gift.    As part of the contract negotiations the family asked that the tree remain.

Walt of course agreed and set out to build his park around the tree.   The Dominguez family tree still stands in the park today.   To find it, head towards the Indiana Jones Fastpass entrance and look to the right for a large tree trunk.   Look up to see how the roof line has been cut out around the tree. 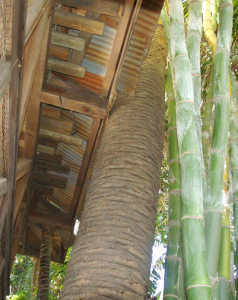 One other interesting fact about the Dominguez family, Ron Dominguez who lived on the property when the purchase took place went on to work for Disney.   Ron was a ticket taker on opening day and rose up to Executive Vice President of Disneyland before retiring in 1994.   You will also find his window on Main St, which states “Orange Grove Property Mgt, We care for your property as if it were our own”.

Age to Enter the Parks Alone

Starting March 23, 2013 you must be 14 years of age or older to enter the Disneyland and Disney World theme parks on your own.   This rule will also affect all water parks at Disney World, Typhoon Lagoon and Blizzard Beach.  Because children do not carry identification listing their age, cast members will monitor and question anyone alone who looks 14 or younger.  The child’s parent or guardian would be contacted and required to come to the park to accompany them in.

This “new” age restriction brings consistency across the parks as there was not an age limit set at Disneyland and Disney World seemed to very from park to park.

A few more details can be found here on NBC News Travel Site.

Love this video, it truly shows the thought, time, and emotions that went into the Buena Vista St. How did it come together? What were the imagineers thinking about or trying to get you to think about as you walk down the street?  How did the new Walt and Mickey statue come together?   You can feel the emotions of the imagineers as they discuss each section of the road and how things came together.   Walk with them …..

‘Glow with the show’ Ears

Ok we have seen all types of ears, but these are truely awesome.   Take a look at the video below and see how these light up ears play along with the show at Disneyland.   If you would like to know more, head over to the Disney Parks Blog here.