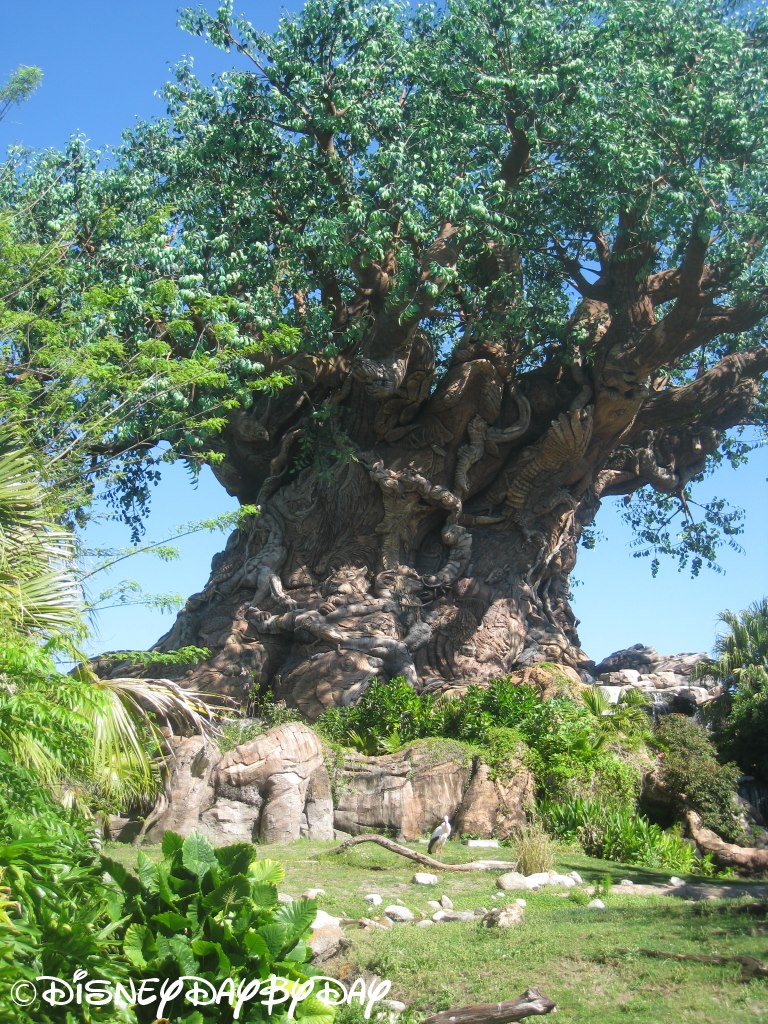 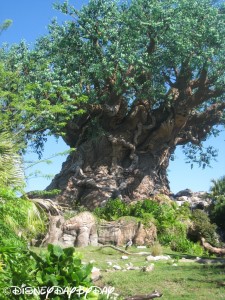 Have you visited Animal Kingdom?    Attended the It’s tough to be a bug 4-D show?   Got scared by Hopper and cried with all the other kids?  OK, maybe that’s just me.

Did you know that you were in the area that was originally planned to be a restaurant called Roots Restaurant?   As plans were drawn up for the Animal Kingdom the Tree of Life took on many forms.   From a 50 foot tall children’s playground area to a tree that everyone could climb up onto a platform to look out over Discovery Island (originally called Safari Village).

If a restaurant is not your style, how about some oil, black gold, texas tea?   Did you know the Tree of Life’s structure is made from an oil drilling platform?  The tree had to be huge and withstand hurricane force winds, so what better structure.   A few more facts about the tree:   There are 12 main branches that break out to 45 secondary branches, to 756 tertiary branches, and finally to 7,891 end branches.  Yes, lots of branches and lots of leaves, over 102 thousand.   It were these end branches that started to fall from the tree in 2012.   Though there have not been any more instances of branches falling, you will notice a net structure surround you as you walk among the roots of the Tree of Life.   The tree is also 145 feet tall and 165 wide, and no you can’t climb it today.